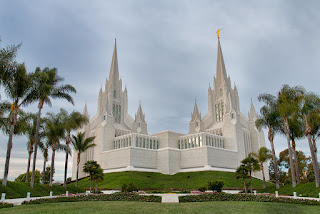 People seem to be outraged that religions hoard their cash. While this is in no way a recent phenomenon, the outrage is. The bottom line is that some religious organisations are very, very rich – and have been for a very long time.

The Catholic Church, at the helm of the most popular organised religion on Earth, settled sexual assault cases for billions (with a b) of dollars. Scientology is estimated to own between one and three billion dollars (net) worth of property. We recently learned that The Church of Jesus Christ of Latter-Day Saints (known, to its dismay, as the Mormon Church) owns an investment portfolio worth 100 billion dollars. The Church only has some 16 million members. It also takes in some 7 billion dollars each year. (The Church mandates tithing of 10% of its members' gross income.)

Recently, some have made that argument that churches should not benefit from a tax exemption if they hoard their cash.

It is true that churches are tax exempt. Their members can write off their donations (effectively allowing them to give more generously) and churches, once declared tax exempt by the IRS, the CRA or other revenue agencies, do not pay taxes – this includes income tax, property tax, capital gains tax, and so forth. The rationale is that churches perform charitable functions and relieve the government of some of its burden (which it must shoulder with our tax dollars) by helping the poor and the needy. We believe that we should incentivise giving to these organisations with a tax break.

The argument that we should revoke tax exemption is not unprecedented. After all, churches do not help the needy with the cash they hoard. To a certain extent, building an endowment (a cash pile) is important. It ensures the perennity of an organisation, generating income which the organisation will be able to spend for decades to come. That is the model which guides our retirement planning. When the endowment keeps growing, however, we are justified in asking whether the true goal is to help the needy. Even more importantly, we are justified in asking whether more money funds the management of the organisation and its assets than goes to help the needy. The Church of Jesus Christ of Latter-Day Saints effectively stated that it needs its 100-billion-dollar fund for a rainy day. This argument dances with absurdity. The Church must be anticipating quite a torrential (apocalyptic?) day.

The argument is coherent. In a world of rising inequality, the population may require their legislators to enact such rules. To be realistic, however, the historical reluctance, especially in the United States, of courts and the federal government to be seen to limit constitutional protections of religious freedom, makes it unlikely we will see these changes any time soon.

(I also write cool, fancy academic articles on religion. You can read them here: https://ssrn.com/author=2790633.)

August 07, 2019
As a McGill Law alumn (LL.B./B.C.L. '18), I was pleased to hear that Nicholas Kasirer was nominated to the Supreme Court of Canada.  Justice Kasirer follows in a long line of McGill Law alumni who have dedicated significant portions of their careers to public service. He joins other exceptional leaders such as current Minister of Justice David Lametti ( LL.B./B.C.L. '89) and current Minister of the Environment Catherine McKenna  ( LL.B./B.C.L. '99). Justice Kasirer  graduated from the Faculty ( LL.B./B.C.L. '85) and served as a professor for over a decade. He was later nominated Dean of the Faculty, a position which he occupied for six years. Following his deanship,  Justice Kasirer was nominated to the Quebec Court of Appeal.  Justice Kasirer is an exceptional scholar and teacher. He is thoughtful and humble - as thoroughly reflected in his  judicial questionnaire . I have no doubt that he will, in his new role, further contribute to the developmen
4 comments
Read more

June 27, 2022
A few days ago, Paul Clement, one of the United States' most prominent Supreme Court advocates, left his firm. He'd just prevailed in a significant gun rights case, and his firm had just announced it would no longer represent clients in such cases. Anyone who knows Clement and his practice knew it was only a matter of days. Clement had left another large law firm, King & Spalding, in 2011 when the firm withdrew from defending the constitutionality of the Defense of Marriage Act (a law that defined marriage as between partners of opposite sexes). Here's why I would have done the same thing. It has nothing to do with guns, unpopular clients, or law firm politics.  According to American Lawyer, Clement's law firm, Kirkland & Ellis, is the largest law firm in the world by revenue, and the third most profitable. Its equity partners each made $6,194,000 last year. Clement served in a Republican administration, and he often represents clients whose interests align with
3 comments
Read more