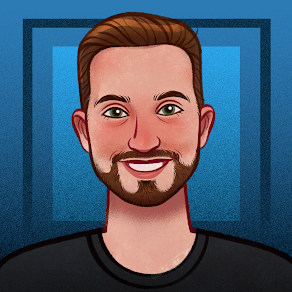 Phil Lord is an Assistant Professor at Lakehead University’s Bora Laskin Faculty of Law. He was when appointed (at age 24) and remains the youngest law professor in Canada.
Phil previously served as an instructor at Carleton University's Department of Law and a law clerk at the Federal Court of Canada. Prior to that, he started a few companies, worked in the financial services industry, and practiced civil and commercial litigation in Montreal.
Phil graduated from the McGill Faculty of Law with degrees in civil and common law, on the Dean’s Honor List and with the highest standing in property law and constitutional law. He subsequently pursued an LL.M. as a Bombardier scholar. Phil is called to the bar in New York, Massachusetts, and Quebec. He is a fellow of the Chartered Institute of Arbitrators and holds three financial services designations.
Phil has authored over twenty academic articles, most peer-reviewed. His research focuses on public law (principally employment and taxation law), behavioral economics, and new religious movements. Phil also writes on other things, such as Quebec’s Bill 21, children’s literature, and the porn industry. A free version of each of his articles can be accessed at https://ssrn.com/author=2790633.
Phil has also failed at a lot of things. His first three grades in law school were B-s, and his final law school transcript lists two B-s and a C — the latter being a particularly unusual grade at McGill. Although the selection rate seems to hover around 75%, Phil wasn’t selected as an editor of the McGill Law Journal. With four manuscripts, he spent almost two years trying to get his first publication. It would be another year before he published in a law review. Phil welcomes discussions about his failures, as he thinks law professors too often lack humility. (He even wrote an article on that.)
Over the past two years, Phil has given interviews to or briefed journalists from 5 media outlets. He welcomes media inquiries in his areas of expertise.

People seem to be outraged that religions hoard their cash. While this is in no way a recent phenomenon, the outrage is. The bottom line is that some religious organisations are very, very rich  –  and have been for a very long time.  The Catholic Church, at the helm of the most popular organised religion on Earth, settled sexual assault cases for billions (with a  b ) of dollars. Scientology is estimated to own between one and three billion dollars (net) worth of property. We recently learned that The Church of Jesus Christ of Latter-Day Saints (known, to its dismay, as the Mormon Church) owns an investment portfolio worth 100 billion dollars. The Church only has some 16 million members. It also takes in some 7 billion dollars each year. (The Church mandates tithing of 10% of its members' gross income.) Recently, some have made that argument that churches should not benefit from a tax exemption if they hoard their cash.  It is true that churches are tax exempt. Their members
7 comments
Read more

As a McGill Law alumn (LL.B./B.C.L. '18), I was pleased to hear that Nicholas Kasirer was nominated to the Supreme Court of Canada.  Justice Kasirer follows in a long line of McGill Law alumni who have dedicated significant portions of their careers to public service. He joins other exceptional leaders such as current Minister of Justice David Lametti ( LL.B./B.C.L. '89) and current Minister of the Environment Catherine McKenna  ( LL.B./B.C.L. '99). Justice Kasirer  graduated from the Faculty ( LL.B./B.C.L. '85) and served as a professor for over a decade. He was later nominated Dean of the Faculty, a position which he occupied for six years. Following his deanship,  Justice Kasirer was nominated to the Quebec Court of Appeal.  Justice Kasirer is an exceptional scholar and teacher. He is thoughtful and humble - as thoroughly reflected in his  judicial questionnaire . I have no doubt that he will, in his new role, further contribute to the developmen
Post a Comment
Read more